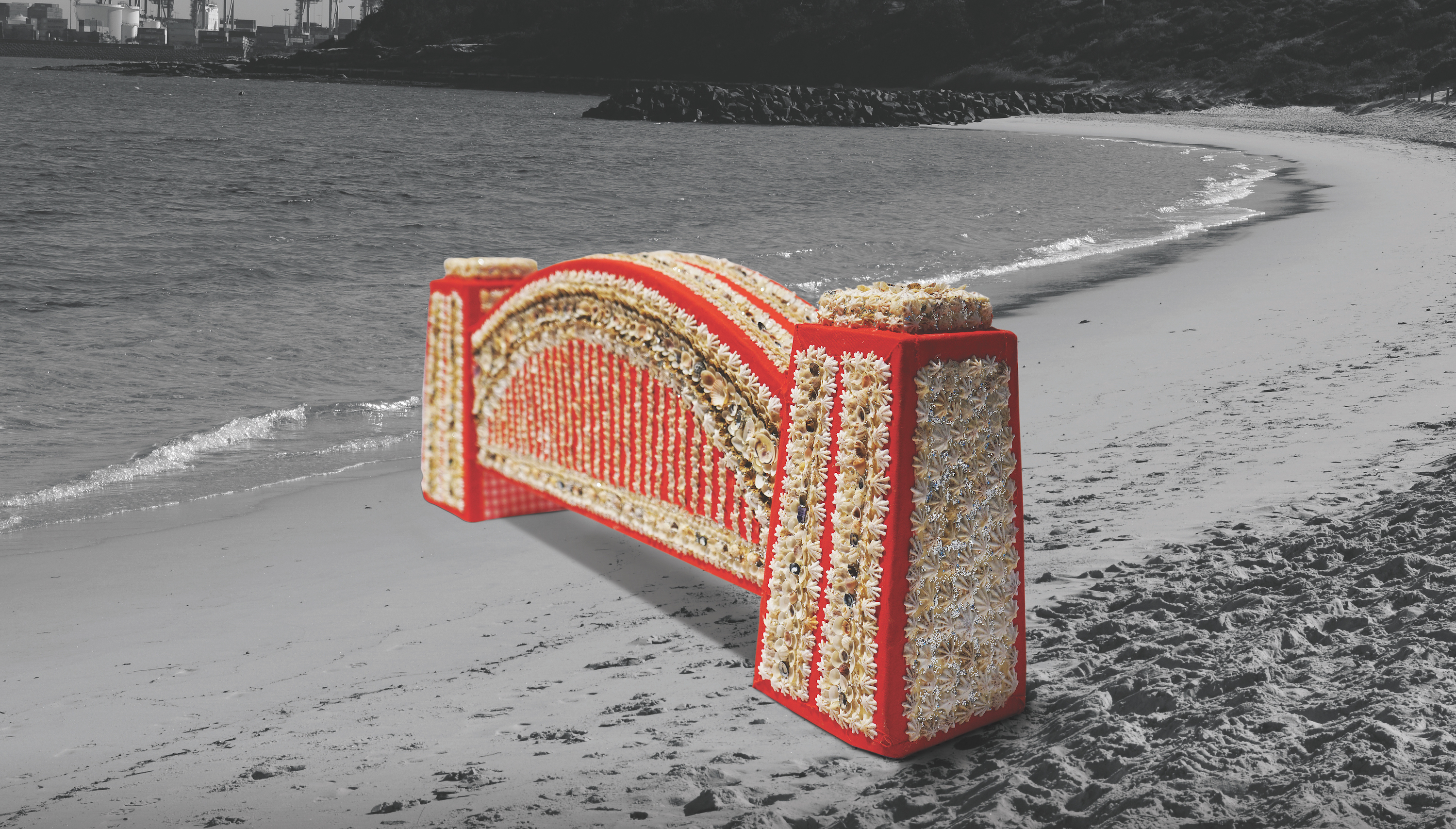 As First Nations Creative Producer, I’ve been given the honour to work with some of our most talented local designers and makers who have a long history of practice.

Earlier this year, for NAIDOC Week, Euphemia Bostock’s clothing designs featured in Object Space. Her hand-printed garments were originally shown at the 1987 Au Printemps Department Store exhibition ‘Australis down under’ in Paris; a reminder of the histories and contemporary experiences of Aboriginal women and men.

More recently, we exhibited Esme Timbery’s shellwork, on loan from the Sydney Opera House Trust. Her works Untitled (Sydney Opera House) and Untitled (Sydney Harbour Bridge) are monumental to the traditional and familial practices that also speak of the histories of La Perouse Aboriginal community (located south-east of Sydney). The display of Esme’s work was included with a backdrop photograph of La Perouse beach, which is based on one of the locations in which Esme had collected and sorted shells as a young girl with her mother and aunties.

This image of Esme’s Untitled (Sydney Harbour Bridge) is featured on the cover of the Sydney Craft Week program, which is shown as a great example of what Sydney Craft Week is all about – to celebrate and showcase our city's creative designers and makers.

During Sydney Craft Week, there will be a range of programs, workshops and exhibitions showcasing a mixture of paintings, ceramics, sculptures and traditional weavings produced by First Nations artists and designers from around Australia. These events will offer an opportunity to learn about Aboriginal and Torres Strait Islander craft and design as well as understanding the history and traditional practices of one of the oldest living cultures in the world.

Other events I'm really looking forward to include:

Vessels from the Coast
The DEA Store
11 October 2018